All About The Paleo Diet

What Makes the Paleo Diet Popular?

What Makes The Paleo Diet Popular?
The world has seen many diet types: there are vegetarians, vegans, lactose free diets, meat free diets. What makes Paleo stand out? The quest is on!

Thousands of years ago, our ancestors lived on food that they hunted, fished, or gathered from their surroundings. They did not plan their meals nor did they eat three or four times a day. They ate what were readily available and within their reach.

Agriculture or cultivating food happened about 10,000 years ago. It is rather a quite recent phenomenon. Hunting for food was the only job our ancestors needed to do. They ate raw, salt less, uncooked food mainly meat, fish, fruits and vegetables from plants. Moreover, no food grains. Mind that cultivation never happened then. The food habits of our ancestors, the cave dwellers, are what many people worldwide choose to follow now in the form of a new diet fad, 'The Paleo Diet'. A very common saying to outline the diet is 'If it doesn't fly, swim, walk or isn't green, then don't eat it."

Why go Paleo?
The Paleo diet followers have decided to go the Paleolithic way to lead a long and healthier life. It is also known as the Caveman's diet, Hunter-Gatherer diet, Stone Age diet or the Primal Blueprint Diet.
The whole point of going the Paleo way is not to exactly follow our ancestors, and this is what makes it so popular. Modern man has come a long way, and several tweaks have been made to make the diet more adaptable and acceptable.
The advocates of this diet strongly believe that it is modern lifestyle and eating habits that cause obesity, heart diseases diabetes, infertility, Alzheimer's, Parkinson's and even depression.
Losing weight is a factor that attracts people to Paleo diets.Paleo followers eat wholesome, nutrient rich food. They avoid mostly everything to do with packed and processed food, grains, salt, and dairy. The main idea is to eat food that is seasonal and fresh. Yes! This means that all the toxic food that affects or harms your digestive and immune system are avoided. Therefore, out goes all the processed and carbohydrate rich food, and in go animal proteins and plants. Paleo advocates believe that we can sustain on this, along with few supplements if need arises.
Going Paleo means you are naturally going to avoid foods that trigger allergens. Many people are sensitive to gluten, dairy, soy, corn, refined sugar etc. In a Paleo diet, you steer clear of food containing all these, thereby suppressing your allergens. 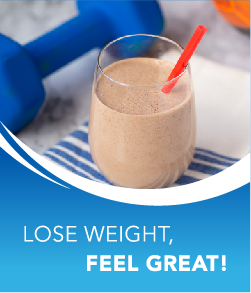